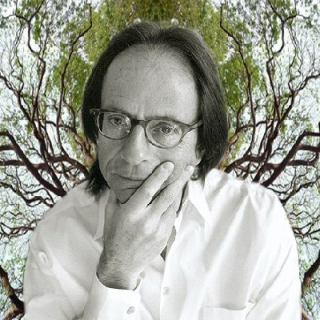 Julien Poirier is the author of Out of Print (City Lights, 2016) among other books. His poems have appeared in the New York Times, Dispatches and elsewhere. He teaches poetry at San Quentin State Prison.

Poet and novelist Michael Brownstein’s new book, Let’s Burn the Flags of All Nations, includes provocative poems such as “After Patriarchy Collapses and Capitalism Crumbles,” “The Jewish Poem,” “Slipping the Leash” and the title poem -- works transcending the political into a vision of what is possible on a global scale.

The poems in Let’s Burn the Flags of All Nations urge us to abandon today’s ruthlessly competitive mindset that is running our future into the ground. They expose nationalism for what it is -- a myth separating us from our common humanity. We have forgotten who profits from this separation: the corporate, political, and military leaders of phantom entities created in our name.

Let’s Burn the Flags of All Nations is a handbook for change. It calls on us to free ourselves from the fictions fed to us since childhood about who we are, asking if we have what it takes to work out a new life:

“Bold and inspiring, unyielding in their rigorous truth, these poems work to transform habitual patterns of fear and greed into the sane and generous life we all deserve. Let’s Burn the Flags of All Nations should be required reading for everyone.” (Lynne Twist, author of The Soul of Money)

“These tough, uncompromising poems of witness, rage, and anarchic wit unmasks the dysfunction of the human realm as it presses its Anthropocene agenda on the rest of the universe. They call for the end of patriarchy.” (Anne Waldman, author of Trickster Feminism)

“Wonderful, powerful poems that excite the heart and reveal truths behind the so-called patriotism that feeds into the hands of the 1%.” (John Perkins, author of Confessions of an Economic Hit Man)

“Michael Brownstein’s new collection sees through the spectral delusions of our age and points toward the potential for a planetary awakening into a state of unified consciousness and cooperative being.” (Daniel Pinchbeck, author of How Soon Is Now?)

“Both bardic and vatic – that is, both poetic and prophetic – this book says truth with druidic intensity.” (Peter Lamborn Wilson, author of Ec(o)logues)

“These heartfelt poems express the pain and beauty of being alive in this most challenging of times.” (Starhawk, author of The Earth Path)

Michael Brownstein grew up rural. His first glimpse of a collective human destiny – urban version – came while taking part in the events of May ’68 in Paris. (People pouring into the streets from out of nowhere without doubt or hesitation...) He is the author of three novels – Self-Reliance, The Touch, and Country Cousins – as well as ten poetry titles including World on Fire, a book-length poem about corporate globalization and consciousness change. Michael taught at Naropa Institute during its formative years. He lives in the Catskill mountains.